Coconut Creek, FL – (NewMediaWire) – April 11, 2019 –  NutraLife Biosciences, Inc. (the “Company” or “NutraLife”) (OTCQB: NLBS) announces that its wholly-owned subsidiary, PhytoChem Technologies, Inc. (“PhytoChem”) has entered into a joint venture with Henning Trading LLC (“Henning Trading”). NutraLife and Henning plan to cultivate, harvest and process hemp initially in Wisconsin for the 2019 grow season. NutraLife recently announced that it had received licenses from the state of Wisconsin to grow and process hemp.

“We are pleased to have finalized our agreement with Henning Trading and look forward to working with John Henning and Adam Bilbrey to pursue the Company’s vertical positioning within the hemp industry. We look forward to continued growth and new opportunities in the Nutraceutical, Hemp and Life Sciences markets as we enter the second quarter of 2019,” said Edgar Ward, CEO and Founder of NutraLife.

NutraLife was founded by Edgar Ward in 2010 as NutraFuels, Inc. and since that time he has served as its Chief Executive Officer, President and Director. Under Mr. Ward’s direction, NutraLife’s revenues increased from $225,000 in 2016 to more than $3.7 million in 2018. NutraLife’s Coconut Creek manufacturing facility has been registered with the Food and Drug Administration and its manufacturing facility has operated in accordance with the Good Manufacturing Processes Standard (GMP) for more than five years. NutraLife’s products are tested by its in-house laboratory chemists for strength, purity and contaminants such as heavy metals, pesticides, and solvents. NutraLife offers thirteen different core formulations which it modifies to meet the specifications of its private label customers. NutraLife provides approximately 50 different variations of its core formulations. NutraLife’s private label products include CBD infused oral sprays, tinctures, pet drops, pain balms, face creams, and nutraceutical oral spray products for sleep support and weight loss packaged under the customer’s brand names.

John Henning, Jr. is a graduate from the University of Mississippi with a Bachelor of Science.  John owns and operates Henning farm in Kingman, Kansas that has been in the Henning family for 4 generations. Using the experience and knowledge he gained from his family’s farming operations, John entered the industrial hemp market focusing on growing methods and cultivation and is considered a master grower.

Adam Bilbrey is a co-founder and President of Rental Geek, Inc, a company that revolutionized the off-campus student real estate rental market. Adam is also a co-founder and active officer at Famous Vape, Inc and a co-founder and majority partner at iMed Delivered, Inc.  Adam holds a Master’s in Business Administration and Bachelor of Science in Business from Kansas State University. 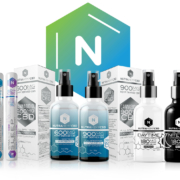 NutraFuels, Inc. (NTFU) Appoints Mr. Daniel Slane to the Company's Advisory Board and Engages the Services of…